A broken window pane in a classroom i in Government Higher Secondary School in Mattan, Anantnag.

Allegations of the use of excessive force and the shooting of a student inside a school in Kashmir by security forces must be swiftly and impartially investigated and those responsible brought to justice, Amnesty International India said today.

On 27 May 2017, paramilitary personnel from the Central Reserve Police Force (CRPF) entered the campus of the Government Higher Secondary School in Mattan, Anantnag, after students began a protest following the killing of a leader of the Hizbul Mujahideen armed group. Eyewitnesses say that security forces fired in the air and some shot at the students.

Sameer Ahmad, a 19-year- old class 12 student, was allegedly hit by a bullet in the head and is in critical condition in a hospital in Srinagar.

“Schools are supposed to be safe and peaceful spaces where respect for human rights is fostered. The use of excessive force against students inside their school is unacceptable, and strikes at their right to education,” said Zahoor Wani, Senior Campaigner at Amnesty International India.

The school in Mattan is located near a CRPF camp. The principal of the school told Amnesty International India that teachers had tried to intervene when the students began shouting slogans against the government, drawing the attention of CRPF personnel. He said, “My staff went to the main entrance of the school and asked the CRPF troopers to go back to camps.We told them that we would control the situation in the school. A lady officer warned us that if even a single glass panel of their camp is broken in stone pelting, they would ‘kill them all’.”

A teacher at the school claimed there was stone pelting from both the student protestors and CRPF. He said the protests gradually subsided, but when the students tried to leave the school girls to get into classrooms in a school block. However, some of the CRPF personnel came within the school premises and tried to break down the doors and barge into classrooms.” 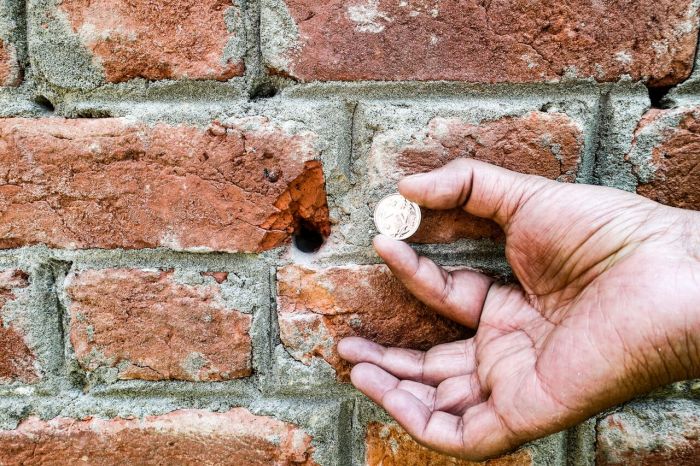 A wall in Government Higher Secondary School in Mattan, Anantnag with bullet marks. Students say CRPF personnel fired live ammunition at the students when they were protesting the killing of a leader of the Hizbul Mujahideen armed group.

A student at the school said, “The CRPF troopers fired twice in the air. They were shouting at the students, threatening us that they will teach us a lesson when we come out. It created more panic within the campus”. Another student said, “We saw three CRPF troopers just outside the school wall. They fired a bullet that hit Sameer on the left side of his skull and he fell down. I dragged him back and my other classmates who were with me brought him back inside the school compound.” Doctors at a hospital in Srinagar who are treating Sameer Ahmad said that his skull had been fractured. School authorities said that they eventually arranged for ambulances to take the students out of the school.

School authorities filed a complaint at the local police station in Mattan on the day of the incident. However, the police have not yet registered a First Information Report (FIR), which is the first step of a criminal investigation. The Additional Deputy Commissioner of Police, Anantnag, told Amnesty International India, “We will meet the principal and the students of the school and speak to them very soon.”

“The Jammu and Kashmir police have an obligation to register a FIR. They must immediately commence an independent and impartial criminal investigation into the incident,” said Zahoor Wani.

“Security forces should be protecting children and their right to education, not harming them and putting their lives at risk.”

Broken window panes and stones inside a classroom in Government Higher Secondary School in Mattan, Anantnag. A student at the school said, “The CRPF troopers fired twice in the air. They were shouting at the students, threatening us that they will teach us a lesson when we come out.

Following the killing of a leader of the Hizbul Mujahideen armed group on 26 May in Tral, Pulwama. The state government imposed curfews in eight districts and shut down mobile internet services for a fortnight. Schools and colleges were ordered to be closed. Several schools and university students have clashed with security forces in Kashmir in recent months, following the use of excessive force against students at a college in Pulwama on 15 April.

Security forces in Kashmir have frequently violated international human rights standards on the use of force. The UN Code of Conduct for Law Enforcement Officials states that law enforcement officials may use force “only when strictly necessary and to the extent required for the performance of their duty”. The UN Basic Principles on the Use of Force and Firearms state that firearms should not be used “except in self-defense or defence of others against the imminent threat of death or serious injury” and “only when less extreme means are insufficient”.

Amnesty International India had previously detailed how security forces have used schools in Kashmir for military purposes on several occasions, hampering children’s right to education and increasing the likelihood of them being attacked by armed groups. In 2014, the Committee on the Rights of the Child, which monitors the implementation of the Convention on the Rights of the Child (CRC), to which India is a state party, expressed serious concern about the occupation of schools by security forces in India.

The school was closed when Amnesty International India visited on June 4. Anantnag police have not yet filed an FIR despite the school filing a complaint.

In 2015, the UN Security Council expressed “deep concern that that the military use of schools in contravention of applicable international law may render schools legitimate targets of attack, thus endangering the safety of children”, and encouraged member states “to take concrete measures to deter such use of schools by armed forces and armed groups.”

Over 50 countries have endorsed the Safe Schools Declaration, which calls for improving protection of schools, students and teachers during armed conflict, and includes a commitment to carry out the Guidelines for Protecting Schools and Universities from Military Use during Armed Conflict.