Thousands of Afghans flee increasing violence, instability and poverty in Afghanistan in the hope of a better life and future. According to Europe’s statistical agency, Eurostat, Afghans make up the second largest group of asylum seekers in Europe after Syrians. In 2015 alone around 64,000 asylum applications were filed by Afghans.

Afghanistan’s national unity government was set up in 2014 in the wake of a disputed election result in an attempt to unite Afghans for the purpose of a stable and peaceful Afghanistan.

Nevertheless, economic and political instability, as well as unemployment are rising in the country.

In 2001, there were more than 3.8 million Afghan refugees, according to the United Nations’ High Commissioner for Refugees (UNHCR).

With the presence of US-led ISAF forces and tentative signs of stability in Afghanistan, the number of refugees decreased sharply in the years that followed.

However, by the end of 2015, the number of Afghans seeking shelter outside the country had spiked back up to 2.6 million following US troop withdrawals that have encouraged a growing anti-government insurgency spearheaded by the Taliban.

According to UNAMA, 2015 was the worst year for civilians, especially women and children in Afghanistan, as the insurgency peaked. The new year, meanwhile, has picked up where the old year left off.

Unsurprisingly, the deteriorating security environment has proven toxic for the economy.

Afghanistan’s Central Statistics Organization reported that between February 2015 and February 2016, the unemployment rate in Afghanistan shot up by 15 percent, bringing the total rate close to 40 percent across the country.

What Afghans are saying

Western politicians and sections of the mainstream media in Europe continue to characterise the current tide of refugees seeking safe haven abroad as young, male and opportunistic.

Those few Afghans who have had the opportunity to speak to media or use social media to express their plight have painted a different picture, however.

Speaking to Aljazeera, Ajmal Sherzad, 32, who left Afghanistan for good with his family in February last year, cited war and economic instability as the main reasons he and his family were forced to leave the country in search of a better life:

Everybody is leaving Afghanistan. The only people who will be left there are [President] Ashraf Ghani and [Chief Executive] Abdullah Abdullah.

Fully acknowledging the dangers of the journey to Europe, Wahid Qaderi, a dentist, and Rana Qaderi, an obstetrician, chose to leave Afghanistan with their children anyway.

In an interview with the New York Times, Qaderi said:

If we die, we die one day. If we live here, we die everyday.

The main route for citizens leaving the country is through Iran, then over the mountainous Iranian-Turkish border, and onto Greece, where thousands are effectively trapped and prevented from journeying on to other European countries.

The proportion of fleeing Afghans who have been  granted asylum in European countries remains small.

Abdul Basir, who had worked with Lithuanian soldiers on logistics in Ghor, Afghanistan since 2005, was one of the lucky ones. He was admitted to Lithuania after his plea on YouTube from a refugee camp in Greece went viral.

Most refugees have less luck.

How are refugees living in the Greek camps?

The total number of Afghans currently living in Greece is unknown, but estimates place the number at around a third of the 50,000 people that are presently trapped in refugee camps in the country.

And living in abandoned old buildings:

Or at terminals across the Greek islands:

During a recent visit to Afghanistan, United Nations High Commissioner for Refugees Filippo Grande warned that “the world is losing sight of Afghanistan and the plight of millions of its people […] unfortunately the attention of the international community seems to have slipped.”

Toba Shahabi, an Afghan artist who has been paying visits to and raising funds for a number of refugee camps, shared on Facebook traumatic excerpts from conversations she had during her visit to the Calais “Jungle” refugee camp located in northern France. 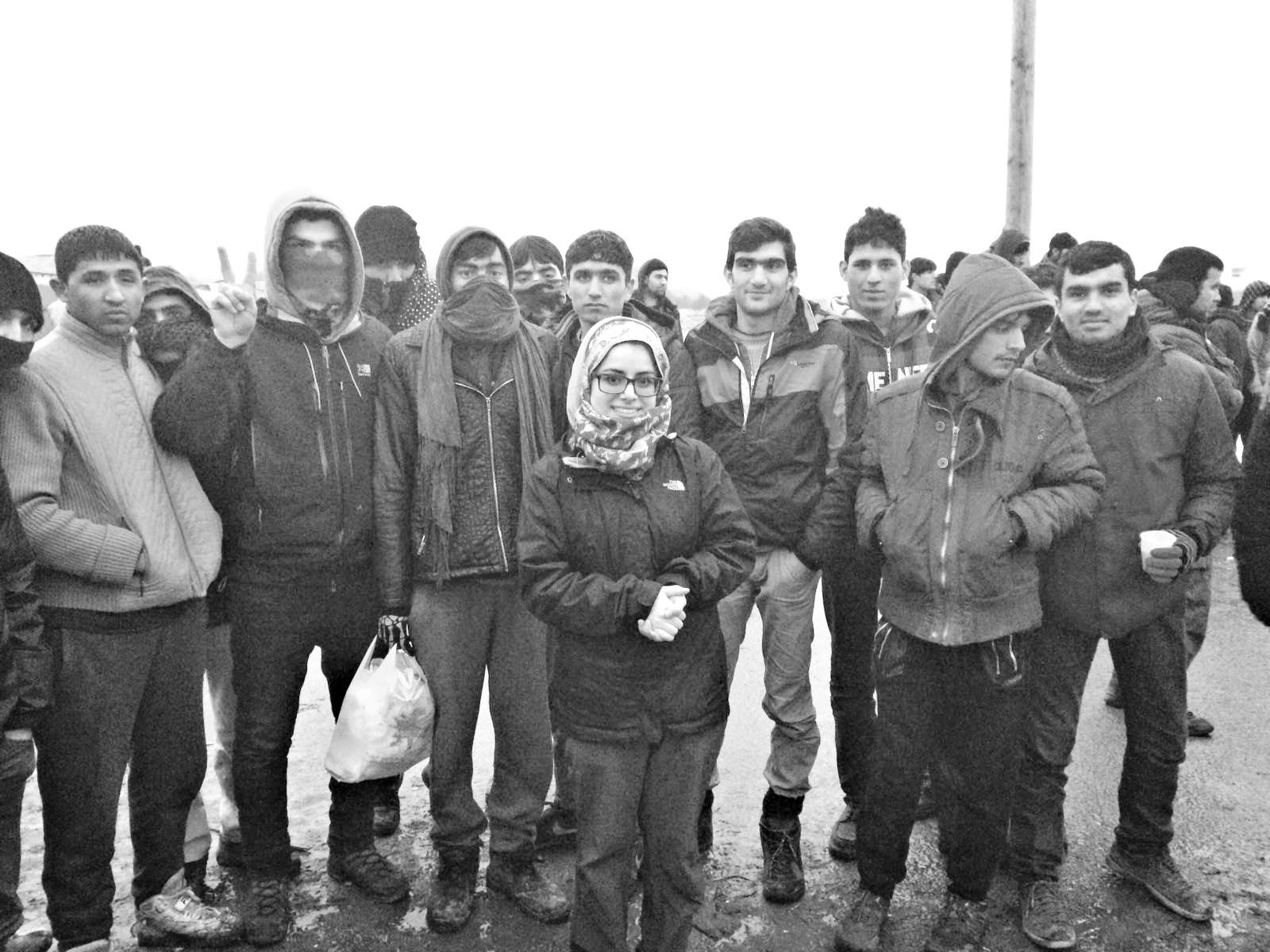 One asylum-seeker told her:

How long have I been here? 4 months, yes my wife and children are still in Afghanistan and I am anxious to get out of here to a safer place of course! But the media really twists things, I never wanted to leave my beloved watan (home country) and I am not what they call an ‘economic migrant’. It’s from helplessness, from futility and fear that I have left everything I know and find myself in this state. What do I want for my future? I want to return to my home, I want peace and harmony where I can raise my family. Nobody ‘wants’ to leave. That is beyond one’s control; it’s about survival.

It is for their survival that Afghans leave Afghanistan for European countries, where the record for welcoming them is generally poor and where political uncertainty is extending their miserable lives-in-limbo by the day.

They live this life because Afghanistan — a country torn apart by local conflicts and foreign interventions — cannot offer an existence that is any better.